Our first blog is told by a 10 month old IG who joined the Charity last year and who is now happily settled in their new home. Here is Whisper’s tale of running rings around the authorities!

Here is Whisper, pictured in the centre with the green collar… butter wouldn’t melt!

“Hello everyone! My name is Whisper and I am an IG puppy who was rescued through the IG Rescue Charity in 2015. I am now very happy with my new owners and my four-legged companions. The story I am going to tell is that from an innocent walk that we went on recently which involves me, my four friends, sheep, and the police.

“My owners and I, joined by my furry friends, all went out for a walk on the moors where we all love to run and chase one another, while also investigating lots of interesting scents on the ground. Because livestock animals graze local to our walks, my owners are very proactive in training us how to behave properly around other animals. On this walk, we were all learning how to behave around sheep… My owners were clear with their instructions: dogs must not chase nor frighten sheep. While they were teaching this to us, my eye was caught by a white object some distance away. It had legs and was moving and it had friends, as my eyes soon spotted lots of white things. Right, time to investigate!

“Italian Greyhounds are rather inquisitive by nature. Whether it’s tasting the contents within your favourite mug or finding out more about white obscure objects, we want to know what’s going on! So I started off running towards the white objects that had captured my attention. My owners were calling my name I think, but my canine companions have taught me something called ‘selective hearing’ and I decided to try this out. As I got nearer to the white objects, they started to run and scatter in all directions. I tried to introduce myself to them all but none of them would listen to me – so rude.

“I soon gave up trying to make friends with the white objects and as my owners were still calling my name, I decided to return to them. I ran back, tail wagging and panting, but it soon became clear that they were rather unimpressed with me! One of them said, ‘Whisper, what were we just explaining to you? Do not chase sheep!’ The penny dropped. Those white objects were sheep!! Oooops.

“I quickly realised that I had been naughty and I’ve made a note (… somewhere…) and have vowed not to do it again. All forgiven you’d think? No, the drama was only just beginning…

“Soon after I had returned to my owners, some flashing blue lights could be seen approaching. Like my fellow four-legged friends, we were rather perplexed why the police had joined us on our walk. I am not sure what or who they were expecting, but when the police (including an armed policeman and a dog catcher) came to talk to my owners, they seemed somewhat surprised to be presented with five small dogs. Obviously the description given by the person who reported me for chasing the white things did not quite tally with the real situation. It soon became clear to the police that no harm had been caused to the livestock and they chatted and laughed with my owners while their report and assessment was completed.

“When the police left and we headed home, I was ready for a large nap! The excitement of the afternoon had been quite exhausting. I had learnt a big lesson – one must never, ever chase white things. I finished the day with a new title too – because my actions had been reported to the police and a report completed, I was given a police record. I’ve not heard of any of contemporaries getting a police record … Quite an achievement wouldn’t you say?”

Thank you Whisper for sharing one of your adventures with your new family. Mischievous but still loveable! 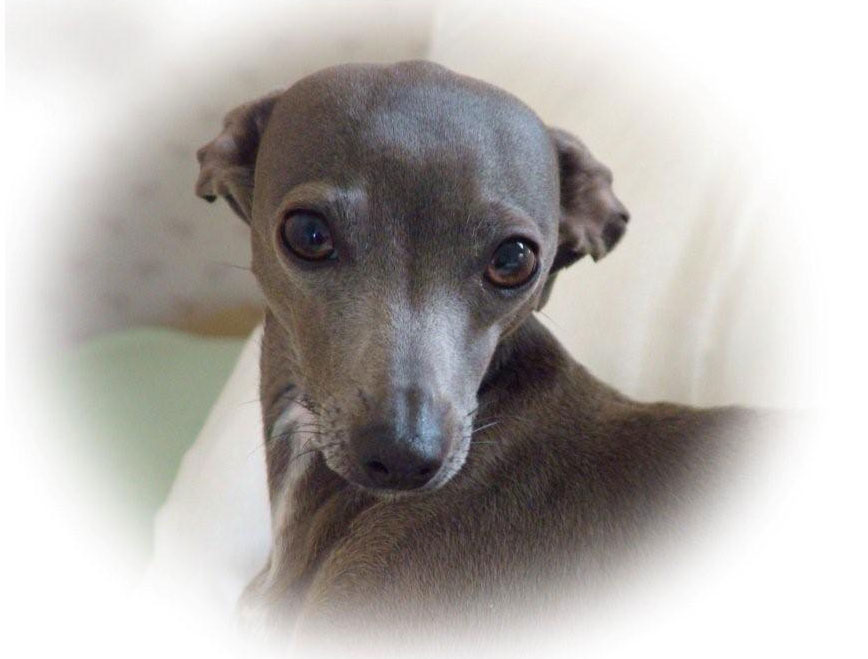